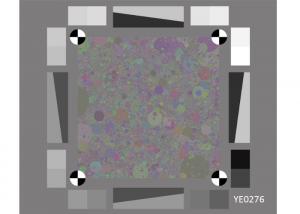 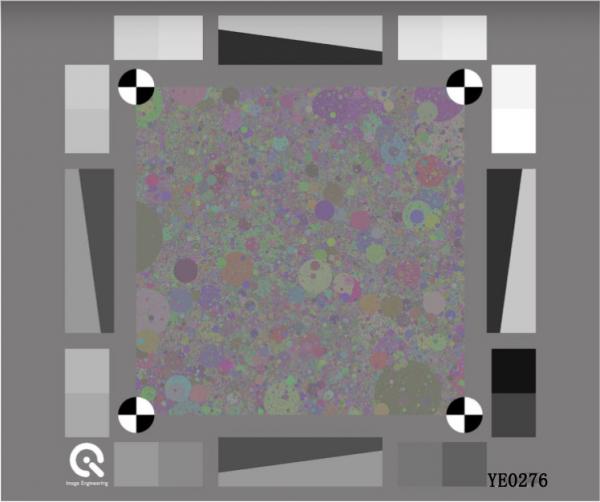 When the texture loss part and the hypotenuse part meet certain requirements, the performance of the camera is better.

The YE0276 consists of five items:

All following items are placed on a neutral gray background with a gray level of 18%.

Four registration marks are placed on the test chart, one in each corner. These marks are used for the automatic registration in analysis software, e.g. the iQstest.

The chart contains 16 gray patches. The reflection of these patches is linear spaced between the brightest patch and the darkest patch.

The main item is the so called Dead Leaves pattern. This pattern consists of circles stacked on top of each other with a known probability distribution of position, radius and digital value of channel R, G and B. The contrast is limited to 20% of the maximum achievable contrast.

Four slanted edges with different, reduced modulation are arranged around the Dead Leaves pattern. Two of them in vertical orientation and the other two in horizontal orientation.

For the software based analysis of images, captured of the YE0276, you can use the iQstest. This software will provide the Spatial Frequency Response (SFR) measured on this target.

We recommend to reproduce the chart with the device under test in that way, that the chart fills not more